CAUSES OF DEATH IN THE US

Final Word Inspection is very concerned about radon. We have found over 2/3’s of the home inspected in 2018 had radon. about 1/2 of those needed remediation because they were above 4 pCi/L.

The U.S Environmental Protection Agency (EPA) recommends taking action to reduce radon levels indoors if concentrations exceed 4 picocuries per liter of air (pCi/L) and urges people to consider fixing their homes if the levels range between 2 and 4 pCi/L.

Exposure to Radon Causes Lung Cancer In Non-smokers and Smokers Alike. Lung cancer kills thousands of Americans every year. Smoking, radon, and secondhand smoke are the leading causes of lung cancer. … Lung cancer now surpasses breast cancer as the number one cause of death among women. 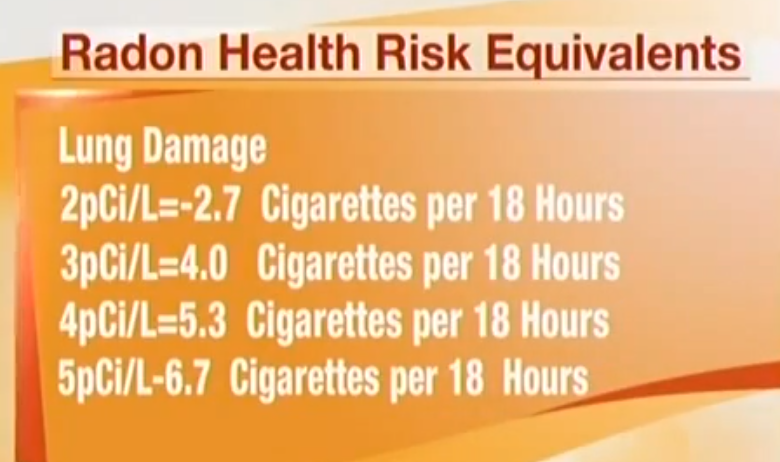 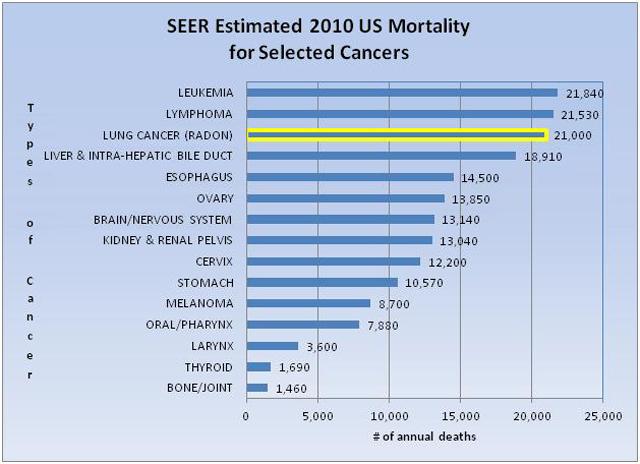